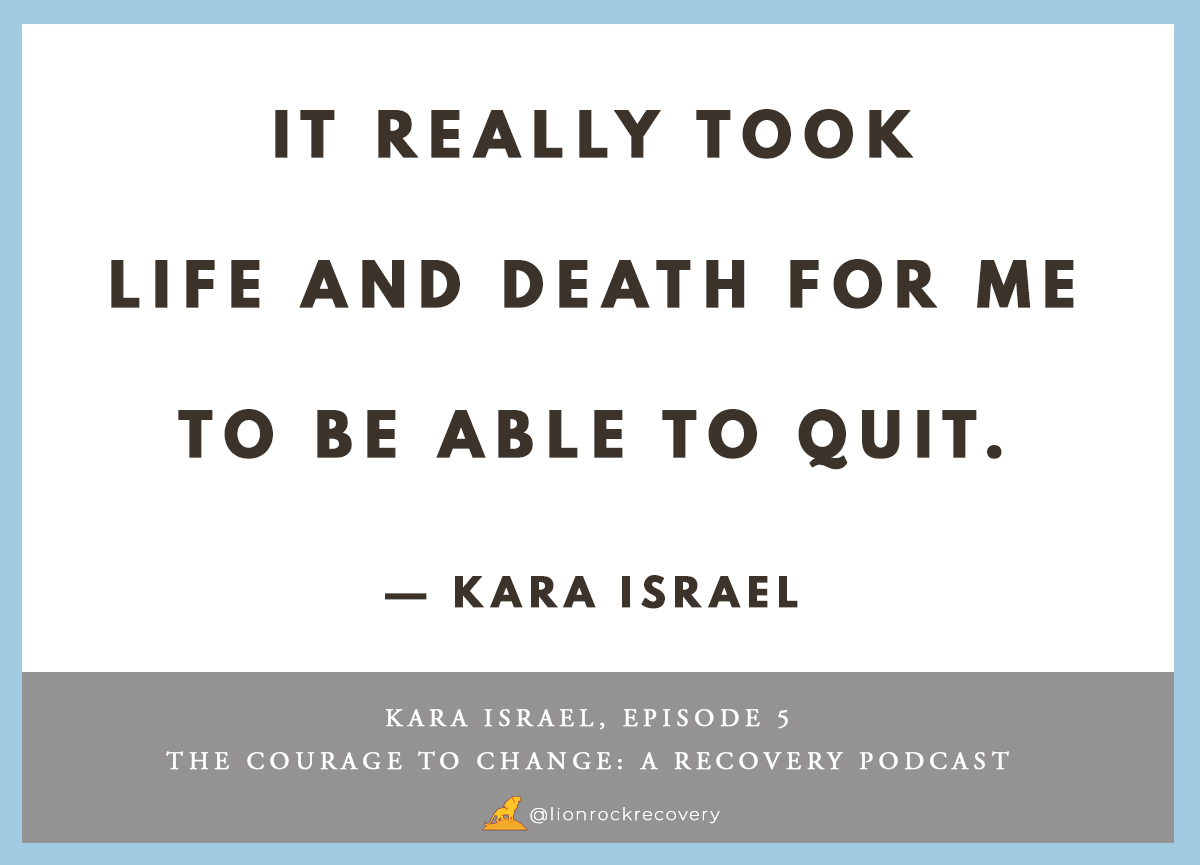 From the Podcast: Kara Israel: Waiting For a New Liver

In episode five of The Courage To Change: A Recovery Podcast, Kara shared her story with podcast host Ashley Loeb Blassingame. We’ve edited and condensed it here for a fast read. You can listen to the entire interview here.

Kara grew up in Tennessee, in a religious household where she never saw anyone drink alcohol. On her 18th birthday she had a Mike’s Hard Lemonade and began casually drinking during the first two years of college. When she got a job with the school baseball team she would drink afterward with the players. “if I was hanging out with the guys after the game, you were only cool if you were drinking with them.”

When her drinking escalated toward the end of college, she didn’t immediately recognize the shift in mentality. “It became something that was habitual that I just did, and it wasn’t just social anymore.”

After graduating, she started talking about her dream of returning to Mexico, where she had gone on two mission trips.  “I had such a passion for the people in Ensenada, Mexico that I was just convinced that, that was my calling. That’s where I was supposed to be.” In the meantime, she took a job teaching Kindergarten in her hometown. It was there she met her now her husband. Although they didn’t connect right away, through the coercing of coworkers and friends they ended up getting together. “We met and married within the school year…we both had such an intense passion for God and our spiritual life, and we just really connected.”

“It became something that was habitual that I just did, and it wasn’t just social anymore” (call out)

Her husband did not drink, as a result of having had some problematic drinking patterns in the past. In the beginning of their relationship she stayed sober, in part, because he was. Kara began drinking around him slowly. “It started to be like an occasional thing, like social, I guess back where I started from. Go to dinner, get a beer, how does he react to that? I don’t want to upset him. I don’t want to trigger anything from his past.”

He was a little uncomfortable, but then began joining her when she drank:  “it just became something that we did together.

“We were very happy. I mean, we were extremely happy. It was just like alcohol was a part of our life then. And it became on a daily basis, it wasn’t just social. And for me, it just continued to increase. The amount that I was drinking, the times during the day, I just continued to drink more and more and more. I had summers off as a teacher. So I mean it was like party on…I didn’t measure the amount that I was drinking, I just drank until I was drunk and then fell asleep.”

Within a few years she was drinking nightly. She started off with ciders and then switched to harder alcohol, “my vice became vodka. And I did not want to gain weight, so I mixed vodka with crystal light.”

She knew she had issues with drinking, but was unwilling to hear that from loved ones “yes, I have a problem. I would listen to my husband tell me that I had a problem…but I didn’t want to listen to it. I would just brush it off.”

The Cirrhosis of the Liver Diagnosis

Kara remembers her rock bottom well. “it was January 27th, 2017, which is also the last day I had a drink. So that was when I got my diagnosis of Cirrhosis of the liver. Prior to that medical issue, I was just ignoring it. I knew something was wrong, but I was not willing to quit drinking, so I just didn’t go to the doctor at all.”

Her abdomen had been slowly swelling, and was constantly painful: a telltale sign of cirrhosis. “I just chalked it up to I was just having one too many happy meals at McDonald’s.”

It was only when the pain became unbearable that she headed to the emergency room. While she detoxed for 10 days, and had her stomach drained several times “The first time that they drained my stomach, they took off three and a half liters of fluid.”

“They explained that my liver, that it basically wasn’t working, and so it can’t filter anything. So it was like toxins building up in my body…” She tried to escape the hospital on the third day, desperate for alcohol; “I was going to buy alcohol… my mom pulled up and found me in the parking lot with my keys, wandering around looking for my car.”

“The first time they drained my stomach, they took off three and a half liters of fluid.”

The Search For a New Liver

“I had to go see a gastric doctor afterwards. And they do something, that test what’s called a MELD score, which basically measures the end of life of your liver. A  normal person’s MELD score would be seven or eight, and if you have 15, you’re going to need a new liver. You have cirrhosis, that’s part of it. My score was 19.”

That score can change based on a number of factors, but she is just taking it day-to-day and trying to deal with the frustration of living with cirrhosis. She has thousands of red dots covering her body from blood vessels bursting, her energy levels vary greatly, and some days she just can’t get out of bed.

Kara’s cirrhosis is unusually advanced for someone in their 30s, but “There’s no cure to it obviously other than a transplant. And so it’s just about managing your symptoms and keeping the liver you have for as long as you can until it gives up.”

The Importance of Family

Kara has managed to stay so positive throughout it all in large part due to the people surrounding her. Her husband has “ been there 149%.” As has her family. “They were determined, they rallied around me. I know their hearts were broken, but our relationship is just so amazing. There’s so much to live for.”

“I have not had a thought [of alcohol] since then. Not one thought. Not one desire. Not one thought at all. And I think that’s truly, truly a gift. Because here’s the thing. I think that it took something that extreme for me to be able to quit. It really took life and death for me to be able to quit. If God had not completely taken away that desire, then I would not be here right now.”

She hopes sharing her story will help others who are on the precipice of the point of no return, where the liver has suffered damage but can still bounce back. “There’s a point where it’s still reversible. For me, I just kept going past that point. And I think that it’s so important to talk to other people who know what you’re going through.”

Of alcohol, she says she hopes it’s taken as seriously as other drugs “It can completely destroy your life, your job, your family, your relationships. It can destroy all those same things and it’s just so normal. It’s just so normal.” 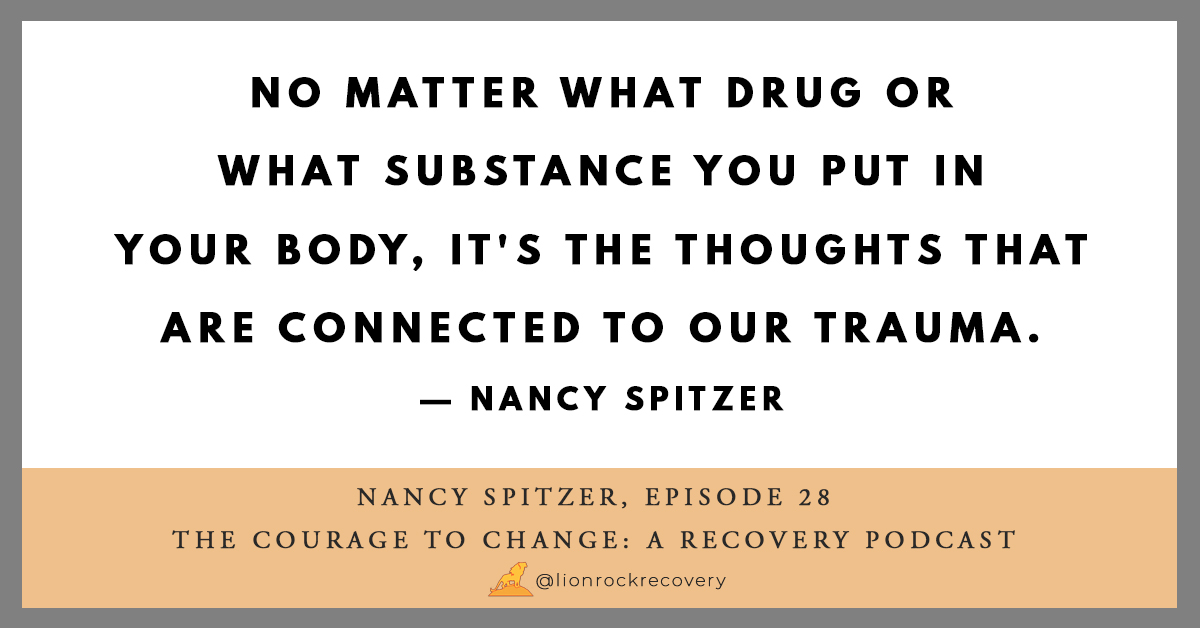 From the Podcast: Nancy Spitzer: A Therapist’s Story of Loss and Hope 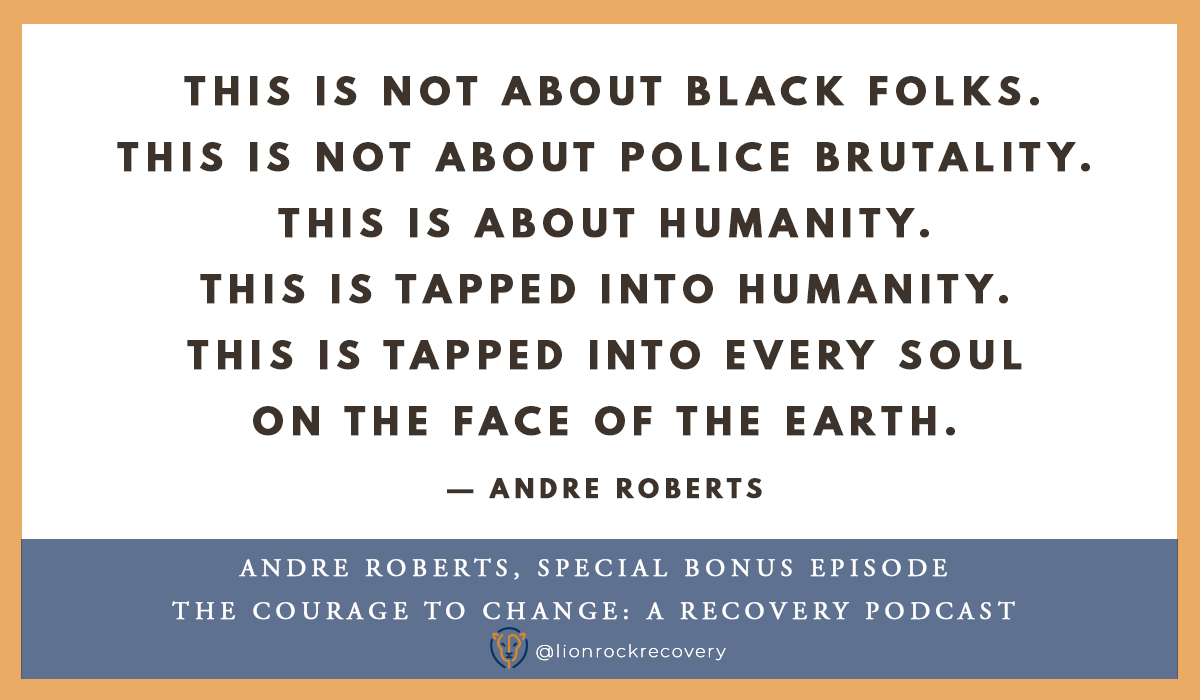