In Episode three of The Courage To Change: A Recovery Podcast, Pat shared her story with podcast host Ashley Loeb Blassingame. We’ve edited and condensed it here for a fast read. You can listen to the entire interview here.

Pat grew up in the suburbs of Cleveland in a “normal” family in a place that she compares to “Pleasantville.” She had a pretty standard upbringing, but stopped growing at 4 feet 11 inches. For context: the height limit for most carnival rides is about 5 feet tall.

At about 12 years old, she began drinking remainders of beer at the parties her older siblings would throw. “So that was my introduction to alcohol. I would see these people drink and have fun and I think for me it was always an issue of connection. It was like there was cellophane —  like Saran Wrap in between me and the world and I could see it, but I couldn’t like penetrate really, I couldn’t rip it open and connect, and I was really dying for that.”

It was around this same time that Pat started coming to terms with her sexuality. “So it was the 90s, late 90s, and we didn’t have the kind of the vernacular in Ohio.” She felt very isolated. “I just kind of lost all of my friend group and I didn’t understand why and so that’s when I turned to alcohol.”

Pat was doing a lot of “eating lunch in the bathroom.”  Then she found a group of people that would go to a park and drink. “We got this warm case of Natty Ice. It’s disgusting, right? Just like you can kind of taste it coming up already. And we went to Bain park and I remember so vividly that drink…. it just unwrapped me and I was like, Oh, alright, well I’ll just do this every day. This is the solution.”

She found this drinking ritual and stuck to it. “In the morning I would go out to the garage fridge and take a bud light out of the fridge, drink it on my way to school and then that was usually enough to just kind of get me through the day and then I started smoking weed.”

Things only got more complicated after she was sexually assaulted in the eighth grade.  “A lot of substance use is trying to cope and I didn’t have the skills to cope. So I’m like coping with sexuality and coping with like the loss of my group of friends and then this like looming sexual assault that I like don’t really understand.”

“A lot of substance use is trying to cope and I didn’t have the skills to cope.“

At aged 18, Pat’s parents divorced, and she headed to an all-women’s liberal arts college. Although she only went for one semester, she credits that university for creating an opportunity for her to come out. “But that school did an amazing thing for me, which was gave me the platform to understand that I was gay and to come out in a space that was like very safe for me. It was very weird to not be gay at that campus.”

Her first girlfriend was a stripper that she met in college who was heavily using cocaine. Pat continued her own drug use but started portioning out drugs for daily intake. “I was bringing all the drugs into the dorm room and so how I got kicked out was I had hidden a bunch of baggies of drugs from myself. So I bought a plethora of drugs and I thought I’m going to divvy this up so I only do a certain amount every day…and they thought that I was selling drugs on campus.”

After getting kicked out of school, she moved in with her girlfriend in a dangerous area.  “I was living in this area in Pittsburgh that was really rough, like a rough neighborhood. So I get mugged all the time —  it’s like a pretty much nightly routine.”

Attempting To Restart and Then a Spiral Down

That lifestyle soon became unsustainable, and Pat left her girlfriend and moved back home.

“I didn’t really understand substance use disorders yet or the disease of alcoholism. I had no idea. I’m about 18 years old, so I just stopped doing drugs and drinking and I think I’m going to just not doing that stuff.”

She enrolled at Cleveland State and got a job at a chiropractic office to try and get her life back on track. After about 30 days she stole money from work to get drugs, was fired, and then went back to her same routines of using. Pat began having seizures caused by cocaine, since “the more you do it, the more likely you are to have seizures because your kidneys shut down.

“I had a seizure in front of my mom, and I woke up from that seizure. I like vaguely remember hugging her, but I was overdosing and seizing and all this stuff is happening and then I woke up on the couch and my mom was a hospice nurse and she had her hospice bag in one hand and the phone in the other and she was trying to decide if she was going to let me die comfortably or call for help.”

“she had her hospice bag in one hand and the phone in the other and she was trying to decide if she was going to let me die comfortably or call for help.”

After the seizure episode, her mom sent her to rehab, where she stayed for 36 days. Pat remembers telling her sister, “I’m still going to drink and smoke weed, I’m just not going to do the hard stuff.”

Within three months she had started using the hard stuff again. “Eventually that drinking turned into cocaine again, which then in California, cocaine was harder to get. So that turned into speed – crystal meth – because that was easier. And then that turned to IV drugs and that turned into heroin and then it just all really just kind of…”

Eventually, she turned to two close friends who helped her to get the drugs out of her system. That’s easier said than done, since detoxing is a chemical process with harmful side effects. They stayed with her every step of the way, and Pat is eternally grateful to them, saying “I don’t know that I would have made it without somebody just next to me.”

Pat’s Introduction to the Phoenix

That was June 19th, 2007. Since then she has gotten a job at The Phoenix, which uses “the transformative power of sport and fitness in order to help sustain and build long term recovery.” With The Phoenix she has become an extreme athlete, doing things like climbing Mount Whitney and the Grand Canyon. “There’s nothing like climbing a mountain and being up there to remember how small we are as humans and how much we’re capable of as humans.”

The Phoenix is now an integral part of her life, where she found a community that she was looking for when she turned to alcohol.

“Because alcohol is that solution, right? Natty Ice was a solution to me. So I just ripped myself with my solution and so I’m like, the Saran Wrap is back, that feeling is back and I spent six years in recovery and I didn’t need to do this, but I spent six years in recovery. Like doing all of the things that we do, but still feeling that lack of connection, like not really being able to get there. That Saran Wrap or that kind of feeling came off when I was hiking and that’s what worked for me, but I can’t hike every day. I can’t climb up Whitney every day… but I can go to a CrossFit class with a bunch of people. That stuff is all kind of arbitrary to something much bigger, which is that nurturing environment and that sense of community.” 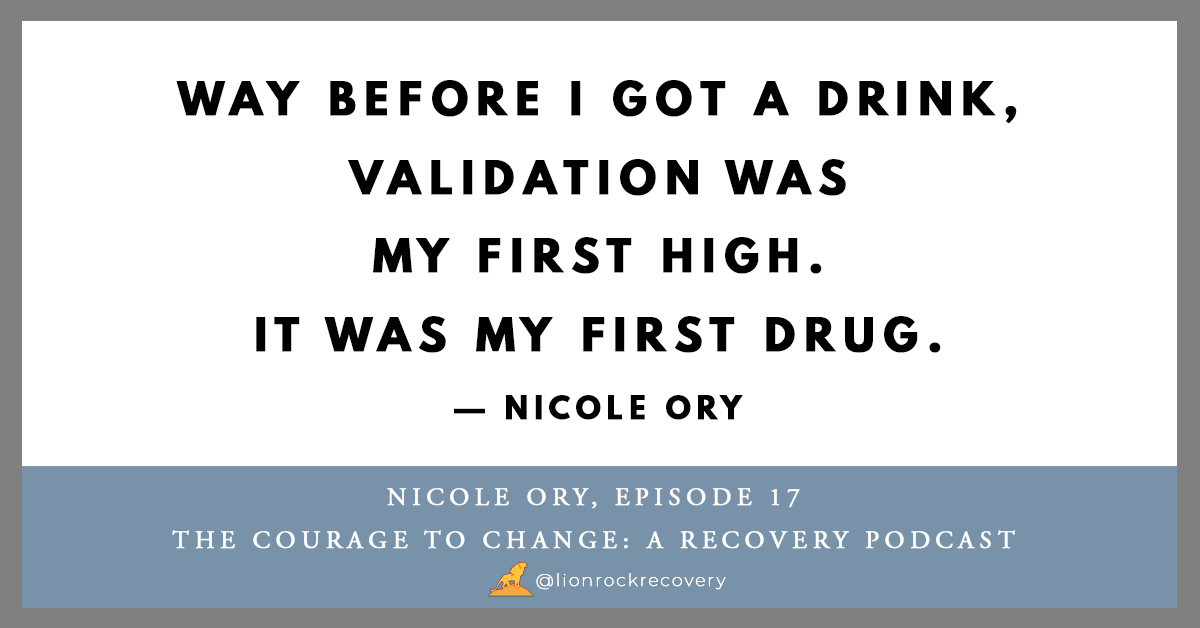 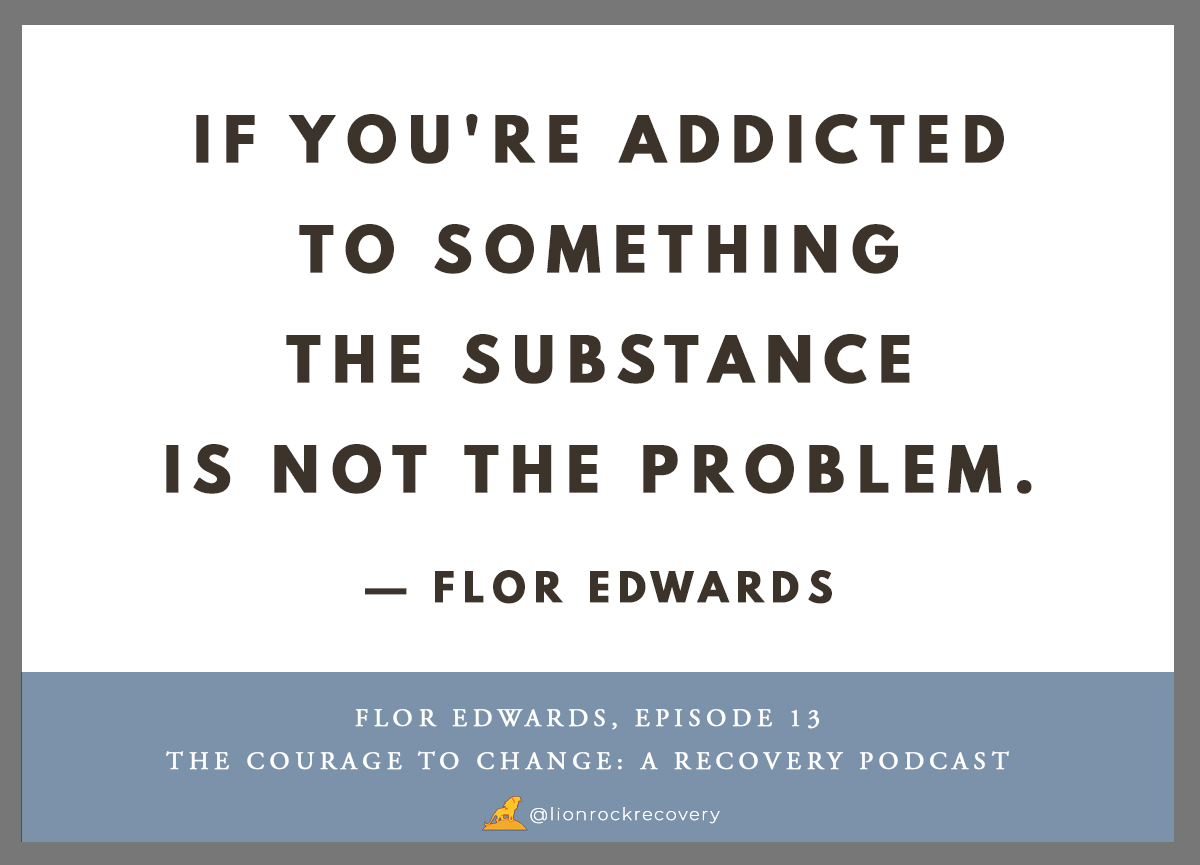 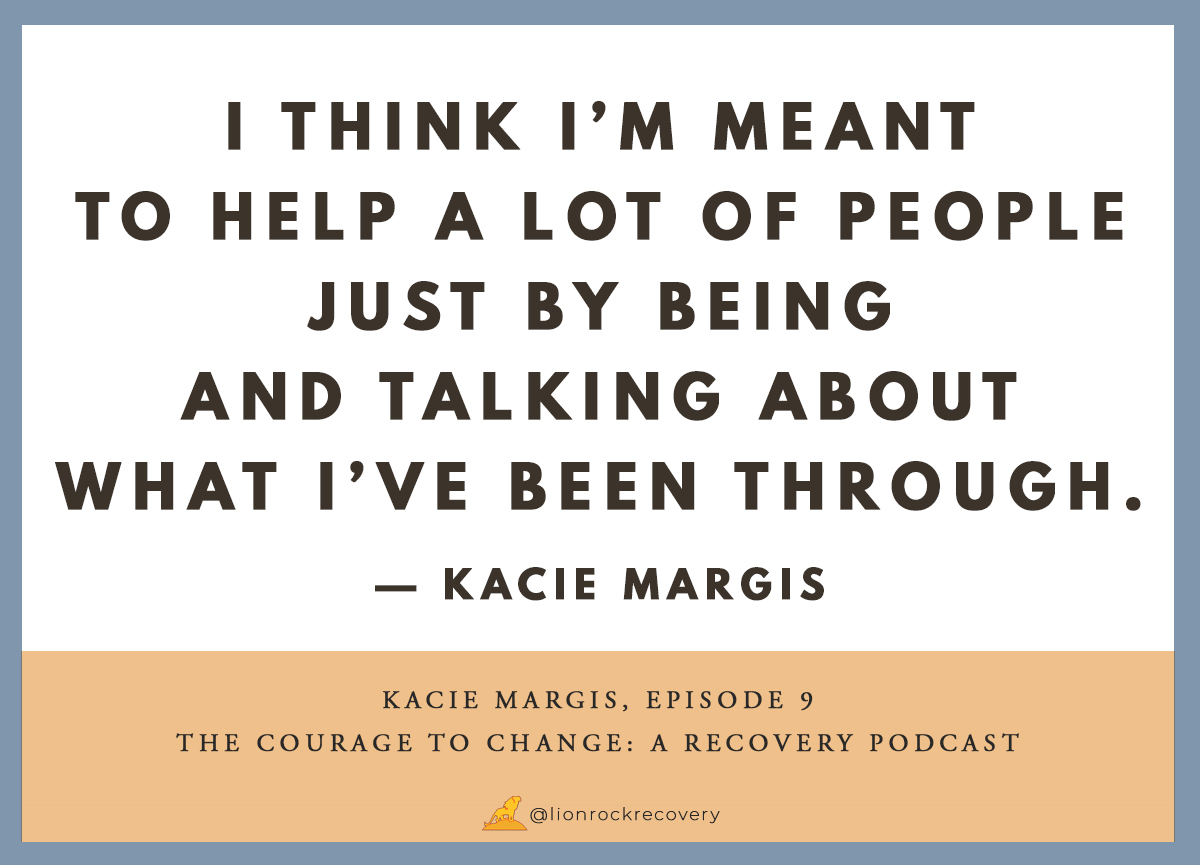