In Episode 42 of The Courage to Change: A Recovery Podcast, Ashley sits down with Renée Siegel, a drug and alcohol counselor originally educated as a Marriage and Family Therapist. Renée is both the daughter and ex-wife to someone affected by addiction. She understands firsthand the impact that addiction has on family, and she shares incredibly intimate details of her story around what it means to recover from the effects of a spouse’s gambling addiction that took everything she owned and more. With over 41 years of experience in the therapeutic field, Renée is now in private practice using a pivotal tool she discovered many years ago called the Enneagram. You can listen to Renée’s incredible story here.

Growing Up With An Addict

Renée was born and raised in Michigan to first generation Americans originally from Eastern Europe. Her Eastern European Jewish background played a big factor in her childhood. In her community, it was customary for children to be seen, but not heard. Women’s roles were to keep the household in shape and silently support their men.

She remembers believing her father was purely a rage-aholic. He’d break into wild fits of anger that often resulted in him physically abusing her, her siblings and mother. They never knew the wrath they’d face when he’d get home from work in such an unpredictable mood.

Her father was a dentist and at the age of 25, Renée discovered he had been illegally writing prescriptions for opioids in each of her family members’ names. He’d been doing this since she and her siblings were young children. This discovery put a lot of her career into perspective, working with substance abuse programs throughout her practicum.

Renée’s father had addictions to Benzodiazepines, alcohol and sex. He’d stay out late or not come home at all. Renée describes him as a womanizer. She worked to help him get support once she discovered he was abusing prescription drugs and his drinking increased. She spent several months sharing meetings with him, attending doctors appointments and talking to him about his anxiety and depression. She then had to take a step back and let her father take control of his sobriety when her own life was taking a couple of twists and turns.

Married to a Gay Man

Knowing her father’s relationships with women, Renée wanted nothing to do with a man like him. She married a man from her high school, Jim. They were great friends and companions who met at the age of 16 and married by the age of 20. They’d been having marital problems around the time their second child was born and decided to attend counseling. One day Renée overheard her husband on the phone discussing his feelings for another man and she turned to him and asked, “Are you gay?” To which he replied, “I prefer the term homosexual.” A light bulb went off for Renée at that moment. From there time stood still for several months and she packed up with the kids and left. It took time, but Jim and Renée became great friends after the divorce and he remained an integral part of their children’s lives.

Renée met her second husband six months after her separation from Jim. With two kids of his own, it seemed like they understood each other. Warren swept her off her feet with his bold and bright attitude on life. With no substance abuse issues, he was a dream come true for her, and the complete opposite of her first husband. He gave her expensive fur coats, new cars, furniture and lavish trips to New York City. He was the perfect distraction from her pain.

They lived in Michigan for a bit, had two kids together and moved to Arizona. About a year into their marriage she began to notice that he was participating in extreme gambling. He attended high stake poker games twice a week, flew back and forth to Las Vegas and attended horse races. One of the first signs she recognized was that the majority of their activities were centered around gambling. Sporting events, trips and dinners all revolved around his addiction. She didn’t pay attention at first because a lot of the activities provided her with entertainment and fun.

Soon the cash was running low, the house payment was behind and there was a notice that their utilities were going to be shut off. He tried turning it around on her, saying she was overspending. Through a series of repossessions and debt collectors coming to their house, Renée learned that he’d put everything that was a liability in her name. Warren was an attorney and abused his power by putting her name on several legal documents and businesses he moved around during their time together.

They eventually divorced with what she thought was $20,000.00 in debt but Warren actually drove them into $750,000.00 of debt, with all of the liability in her name. When she went to bankruptcy court, she had creditors and businesses coming after her she’d never even met or known of. She had to hire a handwriting expert to prove she’d never signed the documents he forged.

Renée knew it was best for her and her children to get away from the mess Warren created. She filed for divorce but once the divorce was finalized, she found out that Jim, her first husband, had AIDS and would probably not make it. Soon after Jim died, Warren was on the way home from a casino when his aorta exploded and he passed away. Within two years, all of her children lost their fathers. This is when she taught all six of her children to rely on each other. She’s incredibly proud of the bond they share through the hardships they had growing up.

After several years of self-discovery and after opening up an agency dedicated to providing resources for gambling addicts, Renée met a gentleman that owned a treatment center in Prescott, Arizona who she’d also seen at several conferences. They began a relationship and he introduced her to The Enneagram. The Enneagram is a tool for personality typing in which there are nine personality types.

Renée began conducting her own research on The Enneagram and read book after book becoming increasingly fascinated by its holistic approach. Having specialized in wellness, addiction and relationships during the course of her career, this added tool integrated its philosophy into her addiction counseling because it addresses patterns people face. She still uses this tool and is passionate about working with clients to process and identify underlying issues and concerns that keep them from fully moving into recovery.

The Enneagram is Renée’s life work and she is very grateful for her past partner that introduced her to it. She currently lives in Arizona with her loving, emotionally, spiritually and physically available husband who is celebrating 35 years in recovery. Utilizing The Enneagram for his own recovery, he also is certified and trained to practice its philosophy. 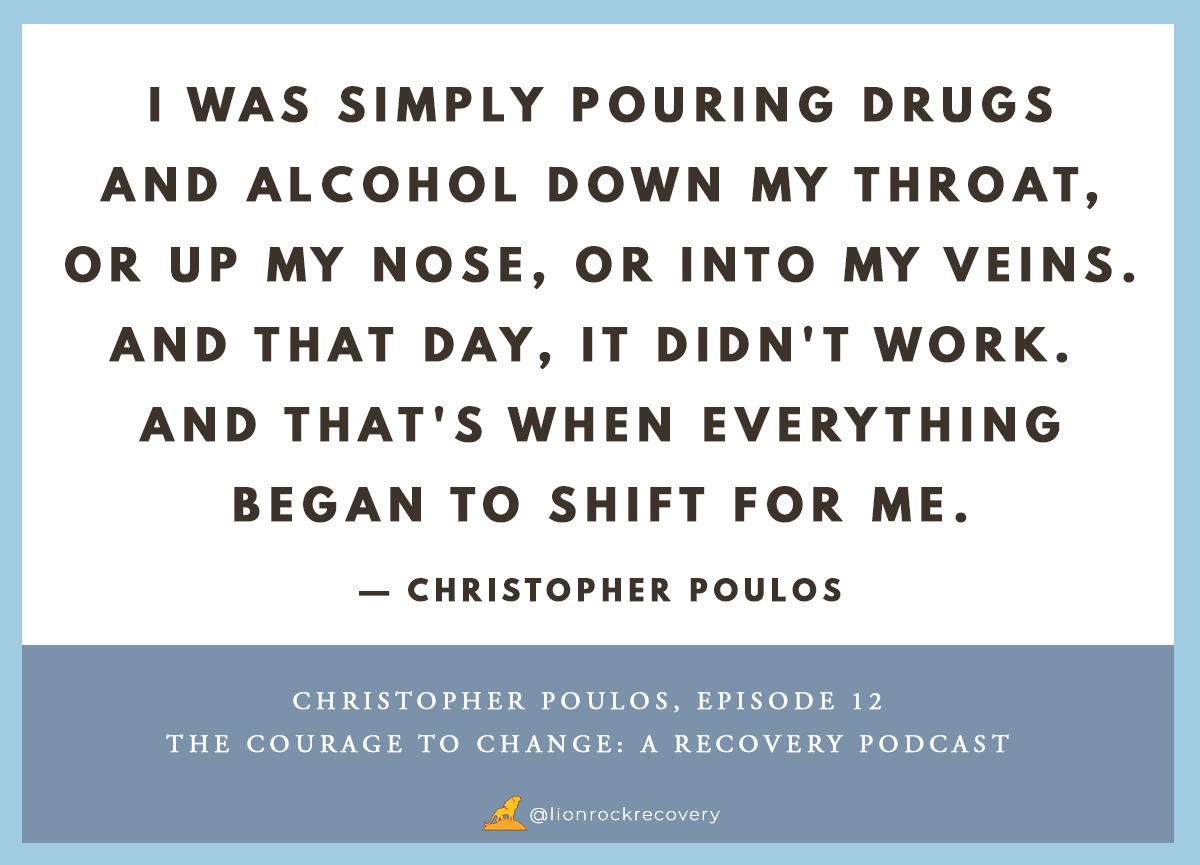 From the Podcast: Christopher Poulos: Setting Legal Policy While Living in Recovery